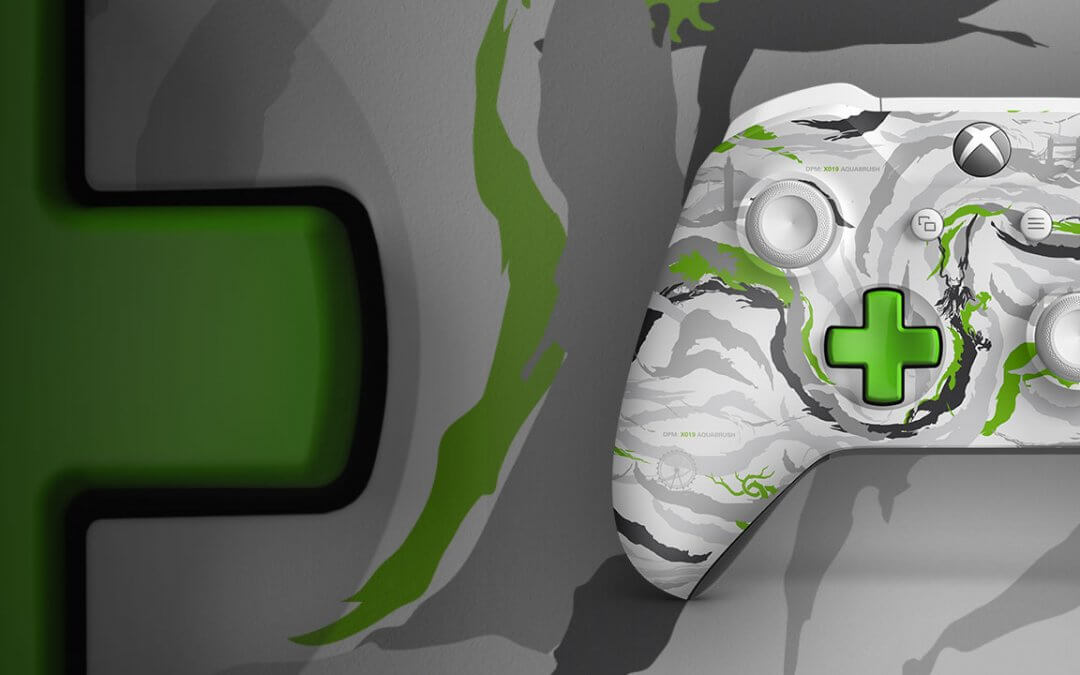 Check out the list below for a snapshot of the developers and games that are joining us in London:

Age of Empires II: Definitive Edition celebrates the 20th anniversary of one of the most popular strategy games ever with stunning 4K Ultra HD graphics, a new and fully remastered soundtrack, and brand-new content – “The Last Khans” with three new campaigns (Tamerlane, Kotyan Khan and Ivaylo) and four new civilizations. Explore all the original campaigns like never before as well as the best-selling expansions, spanning over 200 hours of gameplay and 1,000 years of human history.

Battletoads is a side-scrolling, co-op action brawler and the latest instalment in a series which began as a 1991 NES cult classic. Players play as Rash, Zitz and Pimple as they fight their way through a series of challenges and enemies in order to defeat their biggest enemy yet!

Bleeding Edge is a 4v4 team fighter that combines 3rd person action combat with online team multiplayer. Bleeding Edge features a diverse roster of fighters that fit into Assassin, Support or Heavy archetypes, with a mix of ranged and melee combat styles. Bleeding Edge’s moment to moment gameplay is all about combos, dodging, timing and dexterity, but ultimately, you’ll need good teamwork, synergy and strategy to secure the win!

The world has been taken over by synthetic lifeforms. A desperate plea for help sets Shadow on a journey to uncover what started the path to perpetual ruin. Slash through the techno hordes, leap past traps, and nimbly navigate the ruins of Mekacity. Only you can unlock the secrets to your clan’s ancient powers in Cyber Shadow, the quintessential ninja action game.

As the Doom Slayer you return to find Earth has suffered a demonic invasion. Raze Hell and discover the Slayer’s origins and his enduring mission to rip and tear…until it is done. Experience the ultimate combination of speed and power as you battle your way across dimensions with the next leap in push-forward, first-person combat.

Relive the thrilling adventures of Saiyan Goku in this epic action RPG that retells the beloved Dragon Ball Z saga. Join Goku in his crusade to protect Earth against a slew of fearsome foes, forging powerful friendships and growing in power along the way. Packed with over-the-top battles, challenging quests, and plenty of Super Saiyan action, Dragon Ball Game-Project Z takes you on an unforgettable ride through the DBZ universe with all of your favorite characters from the hit animated series

Forager is a charming 2D open-world adventure game where you can gather, craft, and specialize in a variety of different playstyles. Gather, collect and manage resources. Craft useful items and structures. Build and grow a base out of nothing. Buy land to expand and explore. Level up and learn new skills, abilities, and blueprints. Solve puzzles, find secrets and raid dungeons. The choice is yours, you set your own goals to work towards.

From one of gaming’s most acclaimed sagas, Gears is bigger than ever, with five thrilling modes and the deepest campaign yet. Gears 5 released on September 10 worldwide to critical acclaim and broke records as biggest launch for any Xbox Game Studios game this generation.

Share the journey of two lovers, escaped to a lost planet in a desperate attempt to stay together. Play as Yu and Kay, gliding over the grassland of a shattered planet, unraveling its mysteries to find a way to settle for good.

Play, design, and share your very own platformer levels in Levelhead, the platformer sandbox. Use power-ups, secrets, programmable switches and hundreds of components to build your levels, then share them to the world with a built-in level exchange that guarantees your level gets played. There are always new levels to play and records to beat in Levelhead!

Fight your way through an all-new action-adventure game inspired by classic dungeon crawlers and set in the Minecraft universe! Up to four players can band together to battle their way through new-and-nasty mobs across action-packed and widely varied levels in an epic quest to defeat the evil Arch-Illager. Minecraft Dungeons will be coming to Xbox One, Xbox Game Pass, PC, Nintendo Switch and PlayStation 4 starting in Spring 2020.

In Phogs! you play as a duo of dogs, Red and Blue, on a captivating, puzzle-filled adventure playable solo or with a friend in co-op mode. Linked by a stretchy belly, you’ll need to stretch, bark and bounce your way through obstacles and challenges across three vibrant worlds themed around Food, Sleep and Play. Filled with hilarious physics-based gameplay and sneaky secrets – Phogs! is an adorable family-friendly game coming to Xbox in 2020.

Capcom’s Project Resistance is a new 1 vs. 4 asymmetric online survival horror experience set in the world of Resident Evil. Unleash your inner evil as a cunning Mastermind or join the fight as one of the resourceful Survivors desperately trying to escape every obstacle the Mastermind puts in their way!

Roller Champions is a free-to-play, skill-based, team PvP sports game. Try out the PC E3 Demo and feel the thrill of the competition! Roll up to 100 miles an hour, dash into opponents, wall-skate to the sky, and dunk while thousands of fans scream your name! Compete in matches between two teams of three and roll up to glory, and to bigger stadiums by winning matches and fans. Ride on the walls of the arena, tackle your opponents, and dodge them at just the right moment to make as many laps as possible. The arena awaits you!

She Dreams Elsewhere is a surreal adventure RPG about dreams and the extent to which they mirror reality. You play as Thalia, an anxiety-ridden, comatose woman who delve into her dreams and confront her inner nightmares after realizing she’s trapped in a coma. Unfortunately, some nightmares are harder to confront than others… It’s a deeply personal narrative dealing with real world themes such as mental health and self-identity combined with strategic turn-based combat, mind-bending levels, and a surreal, visually-striking world ripe for exploration. Welcome to your nightmare – enjoy your stay!

Grind on bendy straws, kick-flip over staplers, and carve killer lines through cardboard and sticky tape parks. Above all else, skate birds try their best!

A galaxy-spanning adventure awaits in Star Wars Jedi: Fallen Order, a new third-person action-adventure title from Respawn Entertainment. This narratively-driven single player game puts you in the role of a Jedi Padawan who narrowly escaped the purge of Order 66 following the events of Star Wars: Episode III – Revenge of the Sith. On a quest to rebuild the Jedi Order, you must pick up the pieces of your shattered past to complete your training, develop new powerful Force abilities, and master the art of the iconic lightsaber – all while staying one step ahead of the Empire and its deadly Inquisitors.

Famously known for its non-stop action and electronic dance influenced music, the Streets of Rage series has gained the status of cult classic throughout the years. Considered one of the best beat ’em up series of all time, Streets of Rage finally returns with a brand new episode. Featuring hand-drawn visuals from the team behind Wonder Boy: The Dragon’s Trap remake, Streets of Rage 4 builds upon the classic trilogy’s gameplay with new mechanics, a fresh story and a gauntlet of dangerous stages with a serious crime problem.

She arrived in town only to find it was smack dab in the middle of nowhere, surrounded by nothing but sheep as far as the eye could see…and for some people, all the townspeople transform into cats and dogs at night. The Good Life is an unusual game about a pro photographer trying to pay off a debt while getting to know the locals and trying to uncover the secrets of the happiest town in the world.

Tunic is an action adventure game about a small fox in a big world, who must explore the countryside, fight monsters, and discover secrets. Crafted to evoke feelings of classic action adventure games, Tunic will challenge the player with unique items, skillful combat techniques, and arcane mysteries as our hero forges their way through an intriguing new world.

Wasteland 3 is a post-apocalyptic RPG from inXile entertainment, set in the perpetual nuclear winter of Colorado. Players will face challenging tactical combat, explore an interactive world, and engage in a deep story full of brutal ethical decisions. Create and customize a squad in single player or co-op, and whether you go in guns blazing or try to smooth over a situation through peaceful negotiation, your choices will mean life or death for those trying to survive in this harsh and unforgiving world.