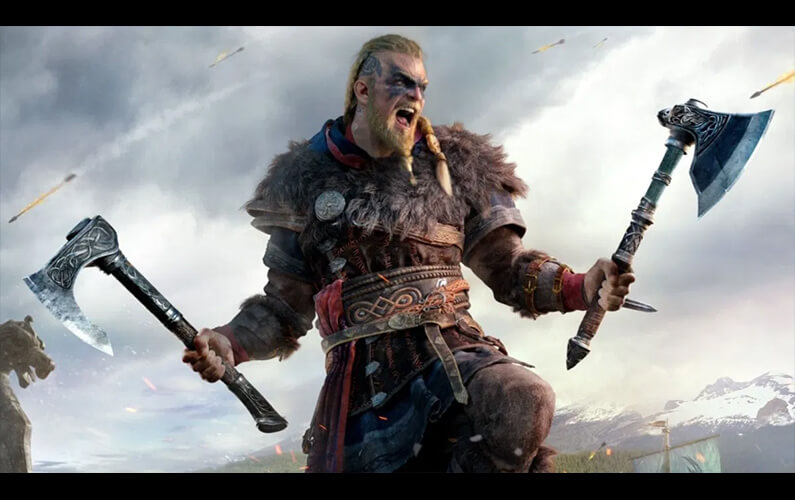 Q: What excites you most about developing and bringing Assassin’s Creed Valhalla to life on next-generation hardware?

A: Assassin’s Creed Valhalla is set in the dark age of England and allow the player to travel from Norway to England and move freely into a gigantic world, this being on foot, by horse, on their longship or from the raven’s point of view. Next-Gen is for us an opportunity to enhance the graphic quality of the game in order to deliver the best experience possible.

Q: In addition to benefiting from the power and performance of Xbox Series X|S for quicker load times etc. what Xbox Series X|S features were you most excited to explore leveraging in the development of Assassin’s Creed Valhalla?

A: When you first play the game on Xbox Series X you immediately realize the benefit of having a constant 60 frames per second game. Immediately everything feels smooth and comfortable, the whole experience just feels better and it is a pleasure to move in the world and turn the camera around even in the most busiest location of the game. On a gameplay point of view, it means that the responsiveness of your action is just instantaneous and everything feels more fluid.

Q: How will these enhancements impact a player’s experience with Assassin’s Creed Valhalla?

A: We’ve introduced quality of life improvements for the player. For example, faster loading times means a quicker way to teleport from one side of the world to the other, which result in a change of player’s habits – players who were discouraged from revisiting a faraway location, will hopefully see it  as achievable without feeling like a chore.

Q: Why did your development team choose to focus on improved graphics and framerates as enhancement areas for Assassin’s Creed Valhalla?

A: The quality of the player’s experience is our core focus. It’s a great feeling for us to have more freedom to deliver unprecedented depth and level of detail in our games. On Xbox Series X we use a very sophisticated variable resolution temporal antialiasing to output a 4K HDR image at a consistent frame rate of 60 fps.

Q: How do you expect fans of Assassin’s Creed Valhalla will respond to playing it on Xbox Series X|S with these enhancements?

A: Players will immediately feel the difference, the experience is just smoother, faster and simply better.

Q: What is it like developing on Xbox Series X|S?

A: It is always fun and scary to develop on a new console, what people might not realize is that the Next-Gen consoles are being built at the same time as we are creating our game. The challenge for us during production is to use the full potential of those while they still don’t yet exist in their final form.

Q: Which enhancement were you most excited about to explore leveraging for Assassin’s Creed Valhalla on Xbox Series X|S?

A: Next-Gen console offered us the opportunity to remove unwanted friction we have in the game that are due to technology limitations. Game loading and other player waiting periods are dramatically reduced. In the end, the game has a smoother world traversal experience, especially when navigating at high speed (e.g. raven, boat).

Q: What does Smart Delivery mean for your game and how you’re bringing Assassin’s Creed Valhalla to fans?

A: It is a great idea during this console generation transition, for players it mean they can continue their experience or their new console and even keep their progression data if they save it on the Cloud. It is something less they need to worry about.

Q: What does next-generation development enable in current or future projects that you could not have achieved with the current generation of consoles?

A: Progressively, Next-Gen is going to allow us to take a huge leap forward to fulfill our creative vision. Having the possibility to deliver gigantic open worlds full of content at the highest quality possible will help us to remove creativity boundaries. We are happy to see how far we can push those limits of the Next-Gen consoles and how creators are going to use this power to define new types of game experiences.