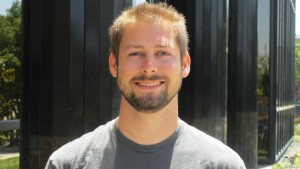 Jasper has been with Gearbox for the last five years as a gameplay and AI programmer and is currently the Lead AI Programmer for Borderlands 2. Jasper has worked on past Gearbox Software titles including Brothers in Arms: Hell’s Highway, Borderlands and Borderlands 2. He also enjoys cheese and science fiction novels!

In Borderlands we had only a medium level of enemy variety. The template system we used meant that to create new enemies – for example new varieties of Skags – we were basically just playing around with the stats and appearance.

Fan feedback was very important to us – we listened to what people were saying online about the game, and we knew that people could see the relatively limited number of individual creatures. That’s all changed in Borderlands 2 – there are around 350 unique NPCs and enemies in the game, all with their own behaviours and styling.

We started with the existing enemies in the Borderlands universe, focusing on updating their appearance and behaviour. Once that was done it was relatively simple for us to create new types of enemy. The process of creating them isn’t always the same – for example, Hyperion Battle Droids are a unit that is required by the story, so that came from the writers, then went to design and then to animation and AI. Other enemies, such as the Stalker, are dreamed up by the concept art team and make it in because they’re cool.

The moment an enemy on NPC comes to life, when it’s animated and moving around, and you can fully see the results of what the concept artists, designers, animators and AI guys have come together to create, that’s pretty special.

One thing that we’ve bought in for Borderlands 2 is unique AI for each enemy. They can now work in packs, supporting each other and employing group tactics against the player. There are also a variety of new individual attacks – for example the Badass Skag can now power up other Skags with special abilities that they will then use against you.

Enemies will still respawn as before, so each area is on a respawn timer. Wait a while, go back to a place and all those enemies will be there for you again – more oppoortunities for XP and more opportunities for loot!
Skags are Pandora’s vermin, and are similar to what they were like in Borderlands, only with more personality. There are some new types of Skag as well – rare ones and better ones that drop lots of loot. Apart from the ability-sharing of the Badass Skag, you’ll also see the Chubby Skag, a big, slow and incredibly tough creature that drops seriously powerful gear.

Bandits have evolved from the first game. They now make their own weapons – which you can use – and they’re divided into different clans, who will sometimes fight each other (and who can be involved in side quests. There are more types of bandit as well, including the shield-carrying Nomad, a unit that doesn’t get on well with the Midget. Sometime Nomads will strap midgets to their shields, so if you can work out how to free the midget the angry little guy will turn on the Nomad who imprisoned him.

Goliaths are often found with bandits, but they’re not part of the clans. They wear helmets (different clans have different designs) that give them tunnel vision, so if you shoot the helmet off them will attack the bandits around them. Be aware that Goliaths can level up during these fights, so they’ll become even tougher to take down… but they’ll give you more XP and loot if you succeed.

Hyperion Battle Droids – commonly known as “Loaders” – are the standard enemy unit of the Hyperion Corporation. The most common one is the “gun loader”, which isn’t particularly clever but will shoot at you, throw grenades and even punch you if you get too close.

You can dismember the droids to slow them down or disable them – shoot the legs off and it will have to crawl, shoot the arms off and it can’t shoot back at you! The War Loader is one of the bigger versions, packing a serious amount of firepower, but balanced out by a forced cooldown time.

Threshers are strange animals with multiple heads, massive reptilian creatures that come in a variety of unpleasant flavours. The Wormhole Thresher is covered in spikes and can create a singularity, sucking its prey in to be speared on it’s spiny hide.